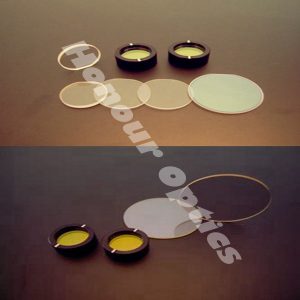 Waveplates, also known as retarders, transmit light and modify its polarization state without attenuating, deviating, or displacing the beam. They do this by retarding  one component of polarization with respect to its orthogonal component. In unpolarized light, waveplates are equivalent to windows – they are both flat optical components through which light passes. Understanding waveplates as they pertain to polarized light is a bit more complex. To simplify the process, consider key terminology and specifications, fabrication, common types, and application examples.

The most popular retardation values are λ/4, λ/2, and 1λ, but other values can be useful in certain applications. For example, internal reflection from a prism causes a phase shift between components that may be troublesome; a compensating waveplate can restore the desired polarization.