Optics is the branch of physics that deals with light and its properties and behavior. It is a vast science covering many simple and complex subjects ranging from the reflection of light off a metallic surface to create an image, to the interaction of multiple layers of coating to create a high optical density rugate notch filter. As such, it is important to learn the basic theoretical foundations governing the electromagnetic spectrum, interference, reflection, refraction, dispersion, and diffraction before picking the best component for one's optics, imaging, and/or photonics applications.

Light is a type of electromagnetic radiation usually characterized by the length of the radiation of interest, specified in terms of wavelength, or lambda (λ). Wavelength is commonly measured in nm (10-9 meters) or μm (10-6 meters). The electromagnetic spectrum encompasses all wavelengths of radiation ranging from long wavelengths (radio waves) to very short wavelengths (gamma rays); The most relevant wavelengths to optics are the ultraviolet, visible, and infrared ranges. Ultraviolet (UV) rays, defined as 1– 400nm, are used in tanning beds and are responsible for sunburns. Visible rays, defined as 400 - 750nm, comprise the part of the spectrum that can be perceived by the human eye and make up the colors people see. The visible range is responsible for rainbows and the familiar ROYGBIV - the mnemonic many learn in school to help memorize the wavelengths of visible light starting with the longest wavelength to the shortest. Lastly, infrared (IR) rays, defined as 750nm – 1000μm, are used in heating applications. IR radiation can be broken up further into near-infrared (750nm - 3μm), mid-wave infrared (3 - 30μm) and far-infrared (30 – 1000μm). 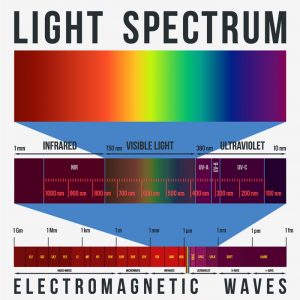 Interference is an important theoretical foundation in optics. Thinking of light as waves of radiation similar to ripples in water can be extremely useful. In addition, understanding this wave nature of light makes the concepts of reflection, refraction, dispersion and diffraction discussed in the following sections easier to understand.

Isaac Newton (1643 - 1727) was one of the first physicists to propose that light was comprised of small particles. A century later, Thomas Young (1773 - 1829) proposed a new theory of light which demonstrated light's wave qualities. In his double-slit experiment, Young passed light through two closely spaced slits and found that the light interfered with itself. This interference could not be explained if light was purely a particle, but could if light was a wave. Though light has both particle and wave characteristics, known as the wave-particle duality, the wave theory of light is important in optics while the particle theory in other branches of physics. 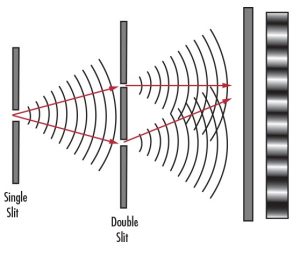 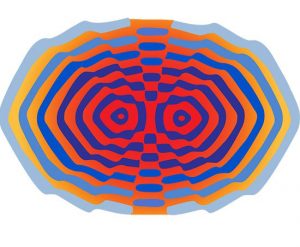 Reflection is the change in direction of a wavefront when it hits an object and returns at an angle. The law of reflection states that the angle of incidence is equal to the angle of reflection. The below figure illustrates reflection from a first surface mirror. Ideally, if the reflecting surface is smooth, all of the reflected rays will be parallel, defined as specular, or regular, reflection. If the surface is rough, the rays will not be parallel; this is referred to as diffuse, or irregular, reflection. Mirrors are known for their reflective qualities which are determined by the material used and the coating applied. 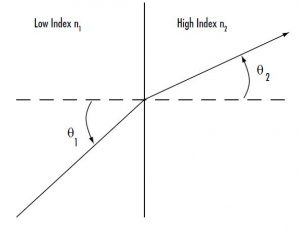 Light Refraction from a Low Index to a High Index Medium

If the angle of incidence is greater than a critical angle θc (when the angle of refraction = 90°), then light is reflected instead of refracted. This process is referred to as total internal reflection (TIR). TIR is mathematically expressed by Equation: 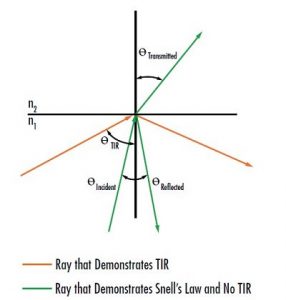 Total Internal Reflection is responsible for the sparkle one sees in diamonds. Due to their high index of refraction, diamonds exhibit a high degree of TIR which causes them to reflect light at a variety of angles, or sparkle. Another notable example of TIR is in fiber optics, where light entering one end of a glass or plastic fiber optic will undergo several reflections throughout the fiber's length until it exits the other end. Since TIR occurs for a critical angle, fiber optics have specific acceptance angles and minimum bend radii which dictate the largest angle at which light can enter and be reflected and the smallest radii the fibers can be bent to achieve TIR.

The chromatic aberration caused by dispersion is responsible for the familiar rainbow effect one sees in optical lenses, prisms, and similar optical components. Dispersion can be a highly desirable phenomenon, as in the case of an equilateral prism to split light into its components colors. However, in other applications, dispersion can be detrimental to a system's performance.

The interference patterns created by Thomas Young's double-slit experiment can also be characterized by the phenomenon known as diffraction. Diffraction usually occurs when waves pass through a narrow slit or around a sharp edge. In general, the greater the difference between the size of the wavelength of light and the width of the slit or object the wavelength encounters, the greater the diffraction. The best example of diffraction is demonstrated using diffraction gratings. A diffraction grating's closely spaced, parallel grooves cause incident monochromatic light to bend, or diffract. The degree of diffraction creates specific interference patterns.