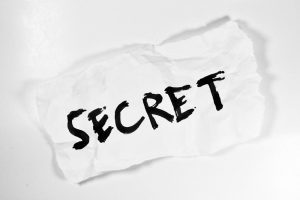 Understanding the properties of these materials and the defects that can be introduced in the manufacturing process will ensure you choose the correct optics for your application. A number of key substrate characteristics including dispersion, absorption, thermal properties, homogeneity, and subsurface damage will significantly affect the substrate chosen for optical components.

Dispersion is the dependence of light’s phase velocity or phase delay as it transmits through an optical medium on another parameter, such as optical frequency, or wavelength. Several different types of dispersion can occur inside an optic’s substrate: chromatic, intermodal, and polarization mode dispersion.

The refractive index of a material is often described using the Selmeier formula and the material constants B1, B2, B3, C1, C2, and C3:

Chromatic dispersion is a dependence of light’s phase velocity νp in a medium on its wavelength, resulting mostly from the interaction of light with electrons of the medium. Chromatic dispersion is described by the Abbe number, which corresponds to the reciprocal of the first partial derivative of refractive index with respect to λ, and partial dispersion, which corresponds to the second derivative of refractive index with respect to wavelength. The Abbe number is given by:

nD, nF and nC are the substrate’s refractive indices at the wavelengths of the Fraunhofer D- (589.3nm), F- (486.1nm), and C- (656.3nm) spectral lines. The Abbe number of a material may also be described at any wavelength using the derivative of refractive index with respect to wavelength:

In laser applications, the primary concern is how dispersion will affect the properties of a laser pulse traveling through the medium, which is described by group velocity - the variation of the phase velocity of light in a medium relative to its wavenumber:

Just as the group velocity is similar to spectral dispersion, in that both correspond to the first derivative of refractive index with wavelength or frequency, the GVD is used similarly to the partial dispersion as they are both second derivatives with respect to wavelength or frequency. Designing optics for low-GVD is similar to designing for good chromatic performance, except the focus is placed on group velocity and GVD rather than the related Abbe number and partial dispersion.

Polarization mode dispersion is the dependence of light’s propagation characteristics in a medium on polarization state, which can be relevant in high data rate single-mode fiber systems. All three types of dispersion may cause temporal broadening or compression of ultrashort pulses in free space or optical fibers, potentially causing separate pulses blend together and become unrecognizable.