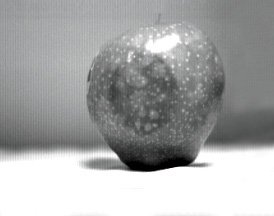 Recently a group of Australian researchers made a breakthrough in infra-red technology that is very efficient and cost effective. This ultimately could save millions of dollars in areas that utilize sensing devices such as defense and agriculture.

The research has resulted in a huge improvement of the absorption efficiency of light in a semiconductor only a few hundred atoms thick. The absorption of this semiconductor which used to be 7.7 percent rose to almost 99 percent as a result of this research.

As you may or may not know infra-red devices are used for many applications such as night-vision, targeting, agriculture, and even detecting brain trauma so this research is quite significant.

“Conventional absorbers add bulk and cost to the infrared detector as well as the need for continuous power to keep the temperature down. The ultrathin absorbers can reduce these drawbacks,” stated Professor Martijn de Sterke of the University of Sydney.

The team of researchers discovered that by etching grooves into the thin film light absorbers, almost all the light ended up being absorbed.

Professor de Sterke said, “By etching thin grooves in the film, the light is directed sideways and almost all of it is absorbed, despite the small amount of material – the absorbing layer is less than 1/2000th the thickness of a human hair,” he said.