The term laser stands for light amplification by the stimulated emission of radiation, and it means laser light is always monochromatic (of one specific wavelength) and is also spatially and temporally coherent.

Lasers are an essential component of scientific laboratories. They are also play essential roles in mass produced technologies from DVD players to laser pointers. 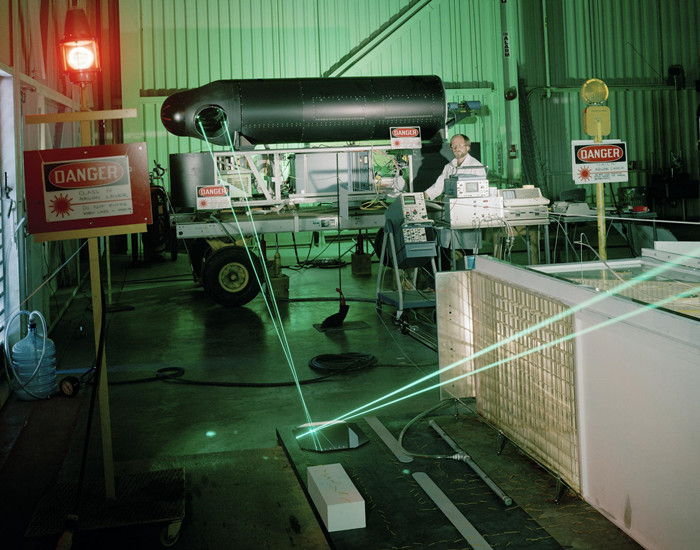 Gas lasers use an electric current discharged through a gas medium to produce light. The most common gas laser is the helium-neon laser, but others include argon ion lasers, carbon dioxide and carbon monoxide lasers, nitrogen lasers and hydrogen lasers. The gas that is used determines the wavelength that the laser produces. Gas lasers are used where a high beam quality and long coherence length is needed, and as high powers are possible, they are frequently used for the cutting of hard materials.

The most common type of liquid lasers are dye lasers, which use organic dyes as the laser medium. Dye lasers generate light from excited energy states of organic dyes which have been dissolved in liquid solvents. Dyes can be used at a much broader wavelength than other types of laser due to the variety of dyes available and how easily tuned they can be.