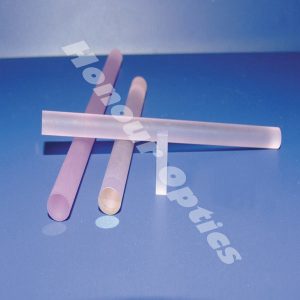 Nd:YAG (neodymium-doped yttrium aluminium garnet; Nd:Y3Al5O12) is a crystal that is used as a lasing medium for solid-state lasers. It can be used in many area. The dopant, triply ionized neodymium, Nd (III), typically replaces a small fraction (1%) of the yttrium ions in the host crystal structure of the yttrium aluminium garnet (YAG), since the two ions are of similar size. It is the neodymium ion which provides the lasing activity in the crystal, in the same fashion as red chromium ion in ruby lasers.

The Nd:YAG laser is the most common laser used in laser designators and laser rangefinders. The Chinese ZM-87 blinding laser weapon uses a laser of this type, though only 22 have been produced due to their prohibition by the Convention on Certain Conventional Weapons. North Korea is reported to have used one of these weapons against American helicopters in 2003. Cavity ring-down spectroscopy (CRDS). The Nd:YAG may be used in the application of cavity ring-down spectroscopy, which is used to measure the concentration of some light-absorbing substance.

Laser-induced breakdown spectroscopy A range of Nd:YAG lasers are used in analysis of elements in the periodic table. Though the application by itself is fairly new with respect to conventional methods such as XRF or ICP, it has proven to be less time consuming and a cheaper option to test element concentrations.