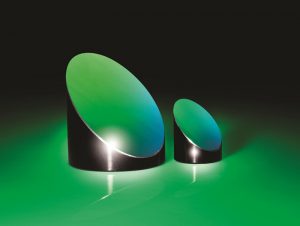 Brewster's angle, named after Scottish physicist David Brewster, is an important angle in the study of light refraction. When light strikes a surface such as a body of water, some of the light reflects off of the surface while some penetrates into it. The light that penetrates does not necessarily continue in a straight line, however; a phenomenon known as refraction changes the angle at which the light travels. You can see this for yourself by looking at a straw in a glass of water; the portion of the straw visible above the water doesn't look like it's fully connected to what you see in the water. That's because the angle of the light changed due to refraction, changing the way that your eyes interpret what they're seeing.

At a certain angle, the refraction of the light is minimized; this is the Brewster angle. While some refraction still occurs, it is less than what you would see at any other angle. The exact angle depends in part on the substance the light enters, as different substances cause different amounts of refraction as light passes through them. Fortunately, it's possible to calculate Brewster's angle in just about any substance simply by applying a bit of trigonometry.

The Polarization Angle
Brewster's angle indicates the optimal level of polarization that can occur within the refracting material. What this means is that light entering a material at this specific angle doesn't scatter in multiple directions (which is what causes refraction.) Instead, the light continues to travel along a single path with minimal scattering. You can see this effect when wearing polarized sunglasses; the lenses have a coating designed to decrease scattering and create a polarized effect, letting you see through the glare on the surface of water and other places where light scattering makes it hard to see.

Because Brewster's angle is the optimal angle for polarization in a given material, you'll sometimes see it referred to as the "polarization angle" of the material as well. Both terms essentially mean the same thing, however, so don't worry if you see one source refer to one of the terms and another source use the other.

In our formula, θB represents the angle we're trying to calculate (Brewster's angle). The "arctan" you see is the arctangent, which is the inverse function of tangent; in a case where y = tan(x), the arctangent would be x = arctan(y). From there we have n1 and n2. These both indicate the refractive index of the materials that the light is traveling through, with n1 being the initial material (such as air) and n2 being the second material that is attempting to reflect or scatter the light (such as water.) You'll need to look up refractive indices to do the calculation (see Resources).

Once you've looked up the indices for your materials, you simply need to plug the numbers in and calculate your arctangent. Don't forget that n2 goes on the top of your fraction! Using air and water as an example, you can see that air has a refractive index of around 1.00 and water (at approximately room temperature) has a refractive index of 1.33, with both rounded to two decimal points. Placing them in the formula, you get θB = arctan(1.33/1.00) or θB = arctan(1.33). You can calculate this on a scientific calculator using the tan-1 function if you don't have a dedicated arctan button; doing so gives us θB = 0.9261 (rounded to four places) or an angle of 92.61 degrees.