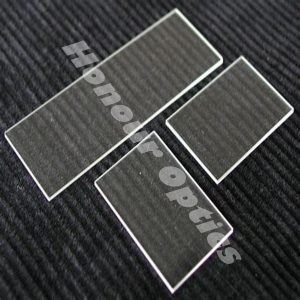 To understand why borosilicate glass is a higher-grade material compared to soda lime glass (the most common beer glass material) we first have to understand the basic difference between the two:

Soda Lime Glass
Soda lime glass is the “original” glass, appearing in its most basic form thousands of years ago. It is also known as crown glass, a high-silica form of soda lime that was historically used for windows. Soda lime glass is composed of SiO2, sodium oxide (soda) and calcium oxide (lime). Soda lime glass consists of about 90% of the glass used in the world, including most windows, dinnerware, lighting products, and, well, beer bottles and glasses!

Borosilicate Glass
Borosilicate glass is an “engineered” glass developed specifically for use in laboratories and applications where thermal, mechanical and chemical conditions are too harsh for standard, household-type soda lime glass. Some common names of borosilicate are Pyrex. Like most glasses, the main component of borosilicate glass is SiO2. The big difference is it has boron oxide and various other specialty elements instead of “soda and lime” to give it its outstanding qualities.

Borosilicate Glass is Mechanically Stronger & Harder than Soda Lime
Imagine it’s Friday night and you’ve had a few craft brews. You go to pickup your favorite beer glass and you accidentally knock it to the floor! Your typical soda lime beer glass would likely shatter! But your trusty friend Mr. Borosilicate could be picked up from the floor, dusted off (3 second rule) and refilled with another icy one as if nothing ever happened. An additional bonus: borosilicate glass is also more scratch resistant, insuring that your favorite mug looks new for many years of use.

Borosilicate Glass Can be Shaped Into Vacuum Insulated Vessels
Because borosilicate glass has such a low CTE as compared to soda lime, it can be molded into complex shapes such as dewars and vacuum flasks. Wouldn’t it be great to pour a cold one into a vacuum insulated glass that will keep it’s wonderful “chill” for hours? You go to the restroom, come back 30 minutes later and it’s still as cold as when you left. In addition, the colder the beer is, the slower it loses its fizz. I.e, your beer will keep its effervescence a lot longer in a borosilicate glass insulated mug. According to Euclid’s Axiom: if A = B and B = C, then A = C, therefor we can conclude that cold beer from a borosilicate mug gives you better belches!

Borosilicate Glass Is More Chemically Resistant to Acids
Why do we care about acid? Actually, as it turns out beer is pretty acidic! Go ahead and Google “PH Scale” and you’ll see that neutral is about 7. Some beers, like wheat beer, are as acidic as 3.3! Ask any brewer and they will tell you that beer will corrode their equipment if they don’t use high quality stainless steel. Beer will leach out flavor contributing non-toxic trace minerals from soda lime glass mugs; whereas borosilicate glass will not. Borosilicate glass is designed specifically to keep chemicals pure and uncontaminated. What true beer epicure would want impurities in their brewski?

These are just a few of the benefits of borosilicate glass vs. soda lime glass. There is plenty more to learn. For a more in depth, scientific comparison source of many crystalline and on-crystalline materials, please visit/contact: