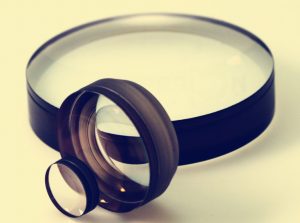 An achromatic lens, also referred to as an achromat, typically consists of two optical components cemented together, usually a positive low-index  element and a negative high-index element. In comparison to a singlet lens, or singlet for short, which only consists of a single piece of glass, the additional design freedom provided by using a doublet design allows for further optimization of performance. Therefore, an achromatic lens will have noticeable advantages over a comparable diameter and focal length singlet.

An achromatic lens comes in a variety of configurations, most notably, positive, negative, triplet, and aspherized. It is important to note that it can be a doublet or triplet; the number of elements is not related to the number of rays for which it corrects. In other words, an achromatic lens designed for visible wavelengths corrects for red and blue, independent of it being a doublet or triplet configuration. 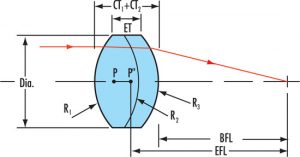 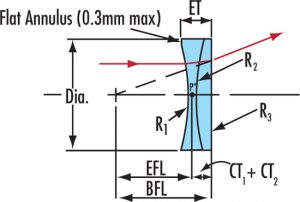 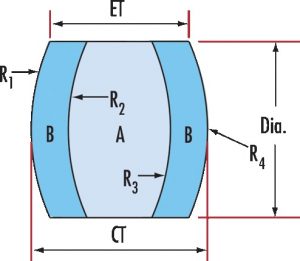 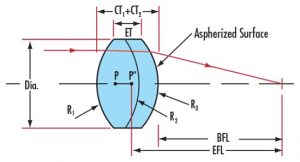 Exploring an Aspherized Achromatic Lens
A new technology linking the superior image quality of an aspheric lens with the precision color correction in an achromatic lens is here. An aspherized achromatic lens is cost-effective featuring excellent correction for both chromatic and spherical aberrations, creating an economical way to meet the stringent imaging demands of today's optical and visual systems. Relays, condensing systems, high numerical aperture imaging systems, and beam expanders are a few examples of lens designs that could improve with the aid of an aspherized achromatic lens.

Improved Polychromatic Imaging
An achromatic lens is far superior to a simple lens for multi-color "white light" imaging. The two elements composing an achromatic lens are paired together for their ability to correct the color separation inherent in glass. Having eliminated the problematic chromatic aberrations, an achromatic lens becomes the most cost-efficient means for good polychromatic illumination and imaging.

Brighter Images and Better Energy Throughput
Because on-axis performance of an achromatic lens will not deteriorate with larger clear apertures, "stopping down" the optical system becomes unnecessary. "Stopping down" the aperture refers to reducing its size, for example via a pinhole or iris diaphragm, in order to improve overall performance. With the entire clear aperture utilized, an achromatic lens and achromatic lens systems are faster, more efficient, and more powerful than equivalent systems using singlet lenses.